The climate for late summer, early autumn, was extremely pleasant for Chicago with clear skies and a cool lake breeze upon arrival at Jackson Park Sunday morning, 9/19/21! The 78 golfers playing in the 4th Annual Jackson Park Golf Association Invitational patiently waited for the shotgun start to begin their round and claim the crown of “Chicago’s Best!”

In the field, many of Chicago’s leagues and clubs were represented by the 78 participants comprising 20 different organizations. The organization list for 2021 consisted of new and returning competitors:

Ladies on the Green

Many thanks to Project Brotherhood for donating the coveted JPGA crystal trophies and sponsoring a foursome.

It was wonderful to have former Chicago Bull, Cliff Levingston, return and receive the honor of “Honorary JPGA Board Member” from Board of Directors member, Bonnie DeShong. Not only was he surprised by the gesture, but he was also very thankful.

Thank you to Mark Lowry for providing a historical perspective of JPGA’s origins in the early 1990s, which instituted significant upgrades to the golf course. Chicago Park District (CPD) representative, Alonzo Williams, supported the remarks noting CPDs continued support of JPGA’s efforts and the Park District’s continued efforts to make sure the course is playable, affordable, and accessible.

Thank you to Michael Strautmanis of the Obama Foundation for participating and supporting the efforts to renovate Jackson Park Golf Course and revitalize Chicago’s South Side.

Roger Steele not only played, but he also sponsored some of his Trap Golf products for the raffle.

Thank you to Phat Katz Catering, Inc. (www.facebook.com/PhatKatzCateringInc) for the personalized and reusable lunch bags! The sandwich choices varied to meet the needs and palates of all golfers! And Give Me Some Sugah located at 2234 E. 71st St provided scones and muffins that melted in your mouth!

Thank you to the volunteers that helped with the registration process and collecting money for the hole-in-one challenges! Although there were no winners for the BMW 4 Series (hole 13), Hawaii trip (hole 8), Las Vegas trip (hole 12), or Srixon irons (hole 6).

AND THE 2021 WINNERS CROWNED “CHICAGO’S BEST” ARE… 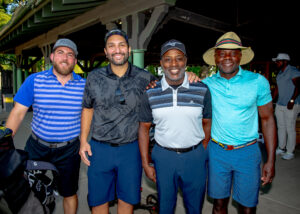 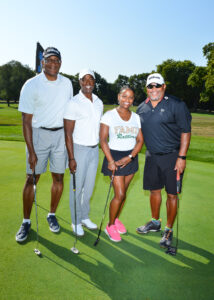 Additionally, there were teams of individuals competing for a prize as well. The winning non-league/club for 2021 was “Team Dillard” led by the parents of Mulbe Dillard, IV, recipient of a JPGA 2021 Sponsorship for turning pro this year. The team consisted of Mulbe Dillard, III, Sidney Dillard, Marquis Miller, and Mark White.

CONGRATULATIONS to All and THANK YOU!

See you in 2022 for the 5th Annual JPGA Invitational!

The morning began with cool lakefront breezes, not a cloud in the sky, and warmed to ideal weather for golf! Golfers arrived early to warm-up at the range, practice putting, meet and greet teammates and competitors.  Everyone eagerly awaited the 9:00 AM shotgun start.

The raffle table overflowed with items to satisfy both men and women and included golf clubs, caps, and gloves from Wilson; gift basket from The First Tee of Greater Chicago; jewelry; handbags; golf lesson certificates; and so much more! 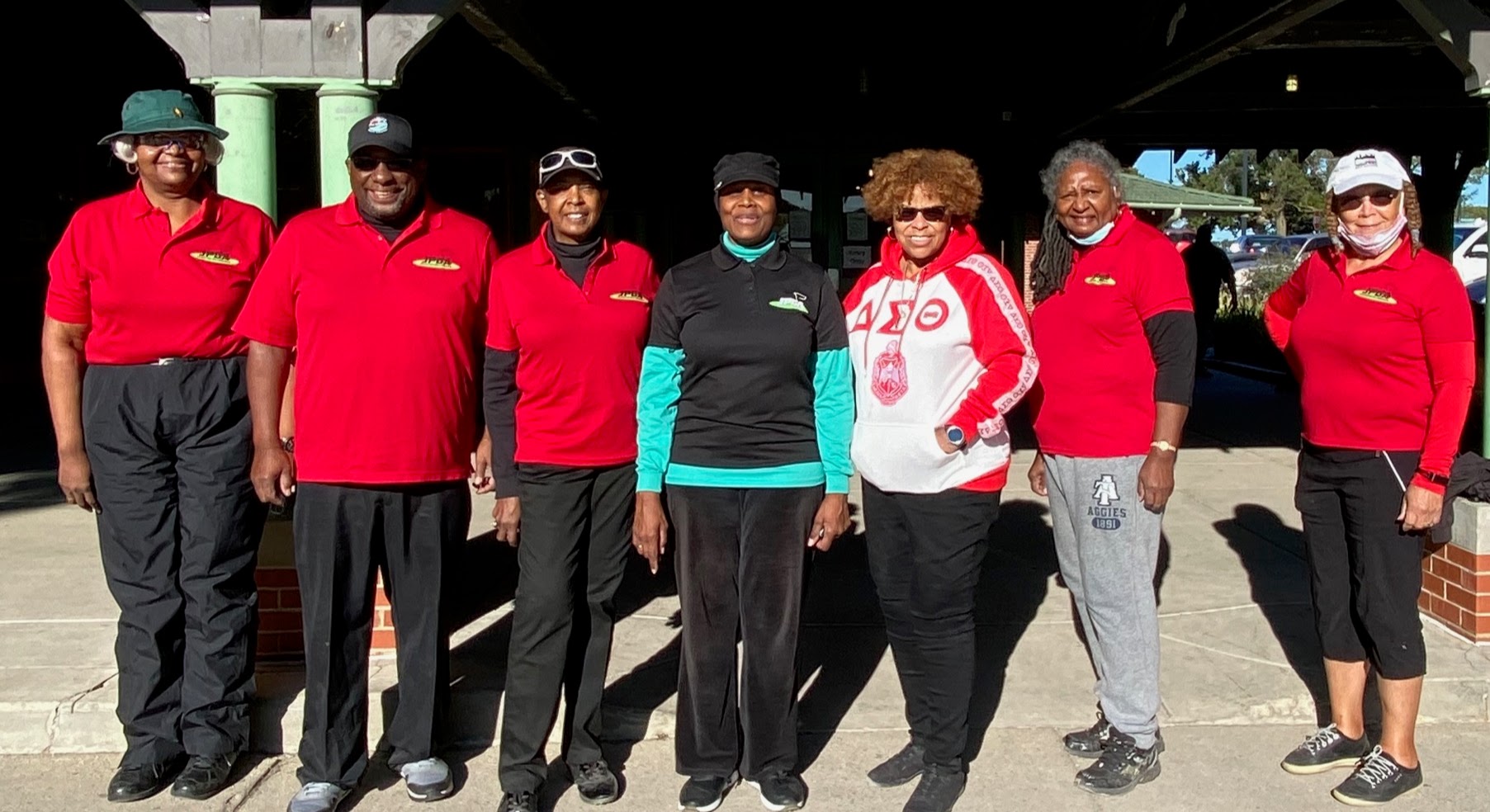 Each par 3 had a Hole-In-One challenge featuring the following:

Trip for 2 to Hawaii

AND WITHOUT FURTHER ADO…THE WINNERS ARE:

Many thanks to Foreign Car Hospital for sponsoring our coveted crystal trophies this year. 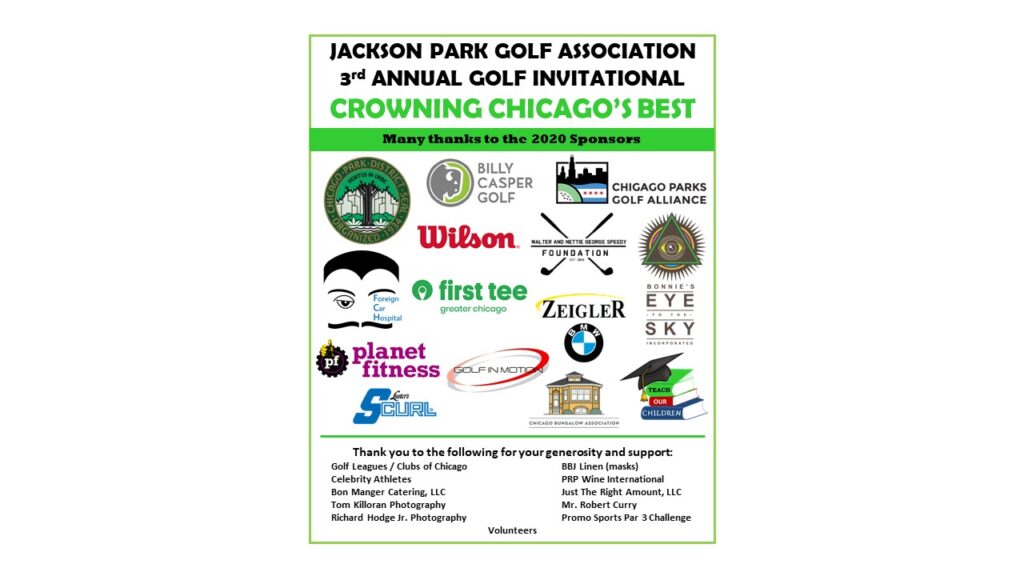 Thank You for Supporting Our Scholarship Efforts for Junior Golf!